Just like all of Noah Baumbach films, “Marriage Story” merges wry humor with coarse melodrama. His latest effort marks the 12th feature film (if you are counting his documentary “De Palma”) and it his perhaps his best film since his 2005 Oscar nominated masterpiece “The Squid and the Whale”. Certainly many will proclaim “Marriage Story” as a melancholic study of despair since it will leave you moved to tears once the credits roll and crushed in many other areas throughout the film. Yes, while the film holds bleakness with its exploration of the decay of a marriage as it is pierced with some bitterness, Baumbach’s latest vision is a tragicomedy masterpiece that also holds sharp wit, energetic pacing, and of course sharp characterizations. Surprisingly, there is actually some great joy to be found among all the anguish, making “Marriage Story” the most bittersweet and deeply humane film to be released this year.

If anything, “Marriage Story” plays out like a companion piece to Baumbach’s “The Squid and the Whale”, which was about two characters caught in the middle of a heated divorce. Whereas  “The Squid and the Whale” explored the divorce from the perspective of the married couples’ two sons, this time it comes from the perspective of the adults. “Marriage Story” actually comes across less aggressive and judgmental than “The Squid and the Whale”, while being every bit as sharp and empathetic as Baumbach’s earlier film. This is a film about a divorce between two sophisticated and talented people that truly love and care for one another. They even have a son, and Baumbach is very even-handed in his approach to the characters’ conflicts and agonies.

Baumbach has always been a humanist filmmaker, yet there is nothing manipulative or cloying about his work either. He often laughs at the absurdities of the art world and its eccentric occupants. His sharply scripted films–that are often aesthetically stripped down–often find the humor in the angst, the foolishness of the sophisticated, and he leaves each of his complex characters into a journey of well-earned character growths and acute arcs. His latest endeavor captures all these commonalities, and the audience is caught empathizing with a successful New York playwright, Charlie (Adam Driver), and his talented actress wife, Nicole (Scarlett Johansson).

The film begins with voice-over narrations from Charlie and Nicole. Charlie explains what he loves and admires about Nicole, while Nicole does the same for Charlie, as she admires his determination and drive for his play-writing, among many other attributes of consideration. They appear to truly love and admire each other in the ideal ways we all hope to find with true love. Yet their proclamations for one another are instantly disrupted once it’s revealed that the beautiful voice-overs are actually letters they were supposed to read to one another during their couple therapy sessions–Nicole disrupts the task as she refuses to read her letter aloud to Charlie. While they hold deep adoration and respect for each other, there are also hidden tensions that continue to escalate between them. 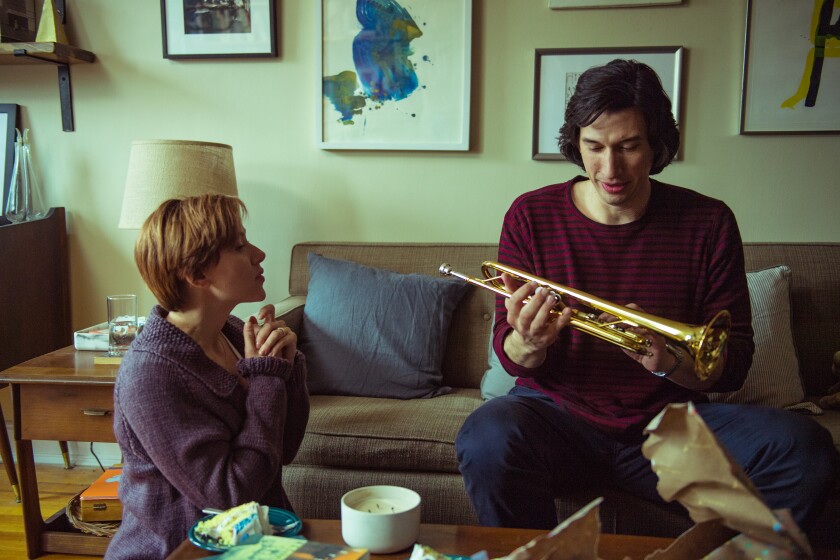 While Charlie’s play becomes a success in New York, Nicole chooses to move away from New York and take their younger son Henry (Azhy Roberton) with her to Los Angeles after she has been cast for a substantial role in a TV pilot. While Charlie believes this is only temporary, Nicole has no plans of moving back to New York. Both of them face unexpected surprises and in how they will maintain their lives. While in L.A., Nicole’s fellow actresses on set embolden her to get a divorce lawyer, and she ends up meeting with hot-shot divorce attorney Nora Fanshaw (Laura Dern), a high-maintenance lawyer who’s very extroverted and encouraging in how she can win a divorce settlement that Nicole doesn’t truly want to embark on. Meanwhile, Charlie goes to his own divorce attorney Jay (Ray Liotta), a passionate lawyer who is determined to win the case for Charlie and get half the custody of Henry. After Jay comes across as too combative and fierce, Charlie decides to go with a more restrained and sincere attorney that Nicole’s own mother Sandra (Julie Hagerty) recommends by the name of  Bert Spits (Alan Alda), who only makes situations more muddled because of how complicated the courts and laws are in California.

Beautifully scripted and staged by Baumbach’s direction, along with the framing and lens selection by cinematographer Robbie Ryan, Nicole’s reluctance is truly captured here as she is framed in a minuscule corner with wide angle compositions. She truly feels uncomfortable and even out of her element in this particular scene, until Nora pressures her into opening up about Charlie’s flaws and her presence in the frame becomes invigorating. Johansson is truly first-rate, possibly delivering her greatest performance since Sofia Coppola’s 2003 masterpiece “Lost in Translation”. It’s a soulful performance that requires great sadness and courage as she must stand up for her convictions. Driver is also extraordinary here as Charlie. He gives a deeply mournful performance that holds deep empathy and compassion. It’s truly frustrating seeing him fly back and forth between New York and L.A. to get the divorce settled. Meanwhile Henry continues to grow further apart from Charlie, both geographically and emotionally, forcing Charlie to make diplomatic decisions in how to reconnect with his kid while maintaining peace with his soon to be ex-wife. There is a wrenching scene in the film in which both characters hold a raw and heated exchange that echoes the marital complications seen in the work of iconic Ingmar Bergman–most notably in his film “Scenes from a Marriage”–and the scene is so powerful you can’t deny just how greatly acted and emotionally devastating the scene in as both Charlie and Nicole unleash their anger in a heated argument that is soul crushing. Adam Driver and Scarlet Johansson both deliver Oscar caliber performances as this particular moment in the film confirms just how great of a talent both actors are. 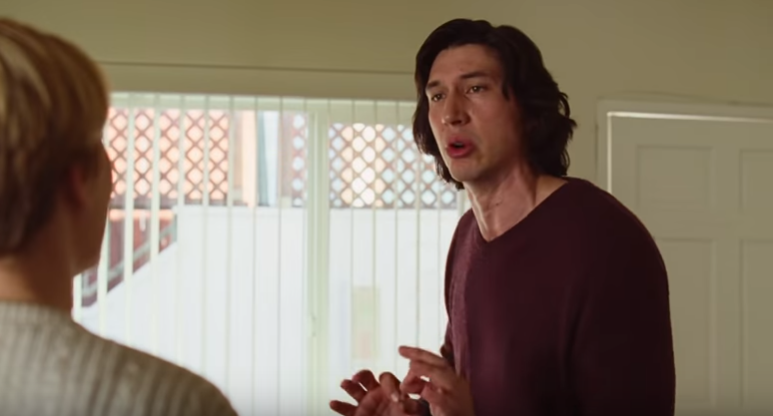 Many will find “Marriage Story” just too difficult to watch as they ponder why they would even want to watch a two hour plus film about a divorce. With that mindset one is truly missing out on a liberating film that offers immense insight into the human condition. Baumbach still offers rich anecdotes here on both the agony and elation of love that makes it feel genuine and authentic. We have all experienced this type of happiness and heartbreak in our lives, or at least we have known someone who has gone through the journey of marriage and divorce. By possibly using his own past experiences, Baumbach’s vision also paints a vivid and rewarding portrait of how society and courts work. Divorce is littered with so much endless amounts of bureaucracy that it is draining on both a financial and emotional level for all parties involved.  In the end “Marriage Story” is a devastating and substantial film that leaves on a bittersweet and equally hopeful note. Charlie and Nicole will continue to be creative and prosper as they move on, much as the planet will continue to spin. All I know is whenever there is emotional bruising, we all must recover from our wounds and move forward, and Baumbach has crafted a comforting framework that reassures this.