Spotlight of the Week-Once Upon a Time in America

Easily a piece of landmark cinema from the 1980’s, the final film by Sergio Leone was truly his magnum opus. After taking 10 years to make, from the in-development process of numerous re-writes and drafts all the way through a post-production nightmare, that consisted of numerous cuts with different running-times that found Leone at odds with Warner Bros. The film was finally released, and then dismissed by many critics and audiences at the time due to its much slimmer 144 mins running time that certainly had to feel choppy and muddled. The following year the director’s cut was finally re-released on VHS, and Leone’s deep vision was later appreciated. It wasn’t until 2012 when Martin Scorsese himself funded the restoration of the four-hour cut at a Cannes screening, in which the film was granted a DVD/Blu-Ray re-release.
The director’s cut remains highly respected, and more admired than enjoyed. Leone’s sprawling and engrossing crime epic is a high-minded and melancholic meditation on aging, regret, and encountering the fate of our future. It is a deeply sophisticated and multi-layered crime drama that holds a lot of unexpected dream logic, while still staying true to crime movie tropes. There is no doubt Leone’s “Once Upon a Time in America” will find even a wider, and hopefully a younger audience in the years to come, especially after the release of Martin Scorsese’s “The Irishman”, which is another highly ambitious chronicle crime saga that also happens to feature the same lead, Robert De Niro, who’s character of David “Noodles” Aaronson also goes through a de-aging process that sprawl many years of his life, all the way from his younger adolescence, all the way to his elder days. Hopefully audiences who admire “The Irishman” will track down and discover the poetic tone of Leone’s cinematic beauty.

By using artful symbolism and rich ideas, Leone’s vision here is filled with a zephyr awareness of being a fortress of pure cinema as he uses this dreamlike approach of motifs, imagery, and structure to express the hallucination of what defines the American Dream. While examining the violent history of America’s past sins of an immigrating nation, specifically in New York City, Leone depicts how this nation was founded on the quest of greed and power, that ultimately resort to mayhem and violence. Leone explores the cycles of our nations history of these ideals and how they originate, dismayed, and ultimately resurrected into the power structures that still remain untouched today.
The films main protagonist, David “Noodles” Aaronson (De Niro) is the reflection of this. The film opens with the Jewish-immigrant-turned crime boss fleeing from a threat. We see Noodles going to a New York train station looking for a large suitcase, yet the suitcase is completely empty. Noodles ends up retreating to a Chinese opium den, in which Noodles ends up having fragmented dreams and flashbacks into his complicated past that begin in the innocence of his childhood memories that consist of a boy walking the streets, in which he finds his first love with the young and gorgeous Deborah (Jennifer Connelly), in which he also forms friendships with kids in his block that become lifelong friends, Max, “Cockeye”, and “Patsy”, in which they rise to power and overtake crime rings.

Upon a self-defense murder of a cop, a young Noodles goes off to prison. Once Noodles is released from prison his young posse have now grown into young adults who happened to prosper during prohibition. The young cast of characters are now grown men, Max (James Woods), Cockeye (William Forsythe), and Patsy (James Hayden) are all trying to rise to greater power within different crime syndicates. Noodles discovers Deborah is still as beautiful as ever, as he yearns for a connection with her. Once prohibition ends, Max begins to plot a huge robbery on a Federal Reserve bank. Noodles and Max end up having a large dispute that ends up putting Noodles life in jeopardy, only for Max to seek redemption and salvation years later once they are both elderly, in which Max now holds political power.
While the film is certainly violent that includes two difficult-to-watch rape scenes, yet with this brutality Leone brings many layers in what he’s trying to say on one’s thirst for power. It is an extraordinary and remarkable achievement, it sadly never won any Academy Awards, or wasn’t even nominated. Had a picture like this come out today, during the time of boisterous and equally passionate internet voices, it would certainly have the legs and appreciation for its ambition and scope. Oddly, a film like this never quite reached the mainstream level of success of other crime pictures like “The Godfather”, “Goodfellas” or “Pulp Fiction”. Perhaps because of its hallucinatory tones and idiosyncratic nature that is unconventional for crime pictures, yet the film still remains championed by many critics and movie fans today. Everything from the visual grandeur, to the complexity and layers of Leone’s themes on memory and time truly bring an emotional and complete vision to full circle.

The great Ennio Morricone composed the haunting and astonishing score, that correlates the flute each time Forstyh’s character plays the flute, in many ways this stylistic choice echoes  Charles Bronson’s “Man with a Harmonica” theme in the masterfully crafted “Once Upon a Time in the West”. The film also features a stellar cast the includes Joe Pesci, Burt Young, and Treat Williams. “Once Upon a Time in America” is certainly an essential piece of cinema, a masterpiece in the gangster genre, and deserves to be compared and ranked with “The Godfather”, “Goodfellas”, and of course the upcoming “The Irishman”.

Once Upon a Time in America/Available On 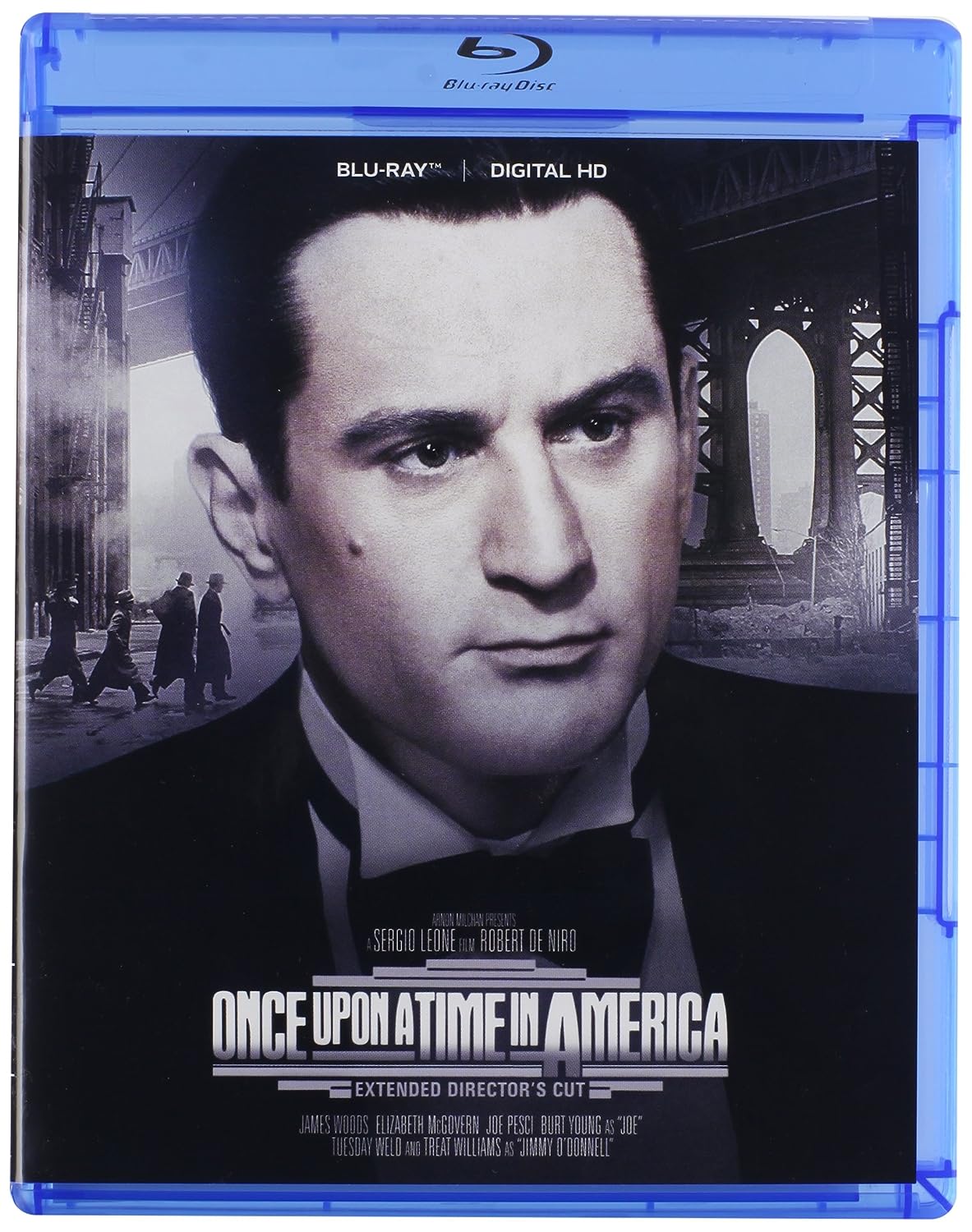 Since we love movies, now, in this new weekly blog, we will share our passion and knowledge of older movies that deserve even a wider audience. Defacto Film Reviews Spotlight of the Week will invite the reader to join us on a essential movie pick of the week journey, all in hopes that you put these selected titles in the very top of your watch queue.